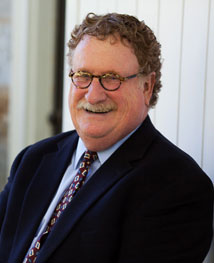 Marty was born and raised in Lebanon, Pennsylvania, and is a graduate of St. James School and Virginia Wesleyan College. He began his business career when his family and a group of local businessmen purchased Michter’s Distillery in 1975 in nearby Schaefferstown. Michter’s was the oldest operating distillery in America, dating to 1752, and was designated as a National Historic Landmark. After the distillery was sold, he and his brother created and operated Mt. Hope Estate and Winery, which continues in operation today.

In 1983 Martin D. Yocum, Jr. founded Yocum & Company to provide employee benefit solutions and business succession planning to small business owners and their employees. The business expanded as he identified the importance of addressing the investment and insurance planning needs of these clients. As the business grew, Mike Valudes joined Marty in 1999 and Marty's son, Tripp Yocum, joined in 2004. In 2014, Mike and Tripp became equity partners in the firm. The goal of this partnership was to continue serving the clients of Yocum and Company for years beyond the retirement of Marty Yocum. Marty retired from the financial services part of the business at the end of 2017.

Marty and his wife, Jane, have two children and four grandsons. He enjoys travelling and spending time with his family while still being actively involved in the Lebanon community. He is chairman of the board of the Lebanon Water and Sewer Authority and heads various fund-raising efforts in the community.

Mike was raised in Lancaster, Pennsylvania. He is a 1992 graduate of Franklin and Marshall College, where he was a member of the Phi Kappa Sigma fraternity. He began his career in business sales and management for a national company while completing a master’s degree in counseling from Widener University. In 1996, he found his niche and pursued a career in financial counseling to families and small businesses. He has found that his background has been integral to his success in helping clients identify and achieve both their financial and life goals. Mike has achieved his Accredited Investment Fiduciary® (AIF®) designation and is an equity partner in Yocum & Company.

Mike lives in Lititz, Pennyslvania, with his wife, Nancy, and their three children: Elizabeth (18), Nicholas (16), and Michael (13). Most nights and weekends you can find Mike at a sporting event supporting his children. Although he enjoys being outside as a spectator, he admits not being the outdoorsy type. He is not a fan of camping or humidity. On vacations he is more likely to spend his time finding the local coffee shop with the best brew and local character than venturing into nature.

Mike’s past achievements include being crew chief on a hot air balloon race team, a solid run in the "Great International Lobster Crate Race," a 2nd degree black belt in Moo Duk Kwan karate, a graduate of Dale Carnegie Sales Advantage program, cutting 75 lawns per week for 5 summers in a row, playing drums in the best era of music (the 1980s, of course), and 6 years as a Sunday School teacher. Mike enjoys his morning workouts at Rage Gym, where his energy is said to motivate some and drive others crazy.

Martin D. Yocum, III (Tripp) was raised in Lebanon, Pennsylvania. He is 2000 graduate of Delaware Valley University, where he earned his BS in business administration. Tripp entered the workforce in corporate sales, later finding an interest in the insurance industry. He joined Yocum & Company in 2003 as an insurance specialist. Tripp’s role has evolved over the years. He has become an Investment Adviser Representative and in 2014 became an equity partner in the firm.

Tripp lives in Lebanon, Pennsylvania, with his wife, Jamie, and two sons, Cooper (8) and Tyson (5). Tripp is an avid hunter and enjoys the time he spends in beautiful upstate Pennsylvania. He loves NASCAR and looks forward to his yearly trip to the Pocono International Raceway with his friends. Tripp is a Penn State and Philadelphia Eagles football enthusiast. He is active in the Lebanon community and volunteers his time to charitable events, including the Lebanon High School Scholarship Foundation, and is a board member of Volunteers in Medicine. He is proud of his community involvement but is most proud of helping his new friend, Levi Hains, a 9-year-old boy living with Duchenne muscular dystrophy. He is a huge supporter of “Levi’s Run” and “Hit the Links for Levi” golf event every year. 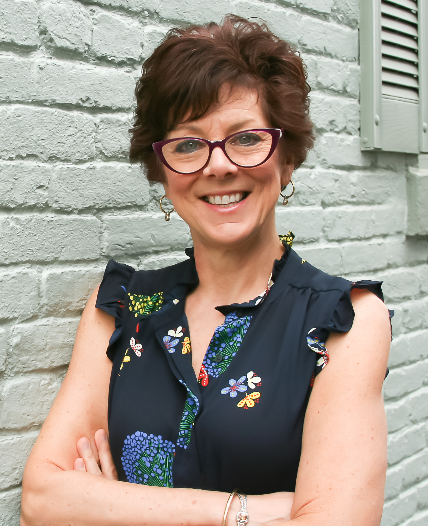 Teresa was born and raised in Lebanon, Pennsylvania.

Early in Teresa’s career she worked with Marty Yocum at Michter’s Distillery and spent some time working at the Mount Hope Estate & Winery. After working at a local law firm for a number of years, in 1996 she came back to work for Marty in the finance industry. As the business has grown over the years, her role has evolved into office manager and client services business manager. Teresa is the “go to” person for all client questions and management of our business. 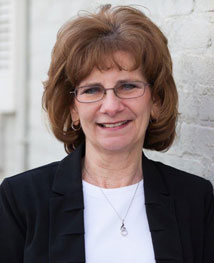 Nancy was born and raised in Lebanon, Pennsylvania. After being a full-time, stay-at-home mom, she re-entered the workplace and found a niche in the insurance industry. She began working in insurance in 2002 and started with Yocum & Company in 2008. She enjoys talking to clients and helping them with their health benefit concerns.

Nancy is married and has four daughters. The joys of her life are her 10 grandchildren, to whom she devotes her time. She enjoys supporting their sporting events, which include soccer, baseball, football, and basketball. Her grandchildren keep her very busy but she enjoys every minute of it. Nancy is an avid gardener, beach lover, and enjoys car racing. Nancy lives in Annville, Pennsylvania, with her husband, Donald, and dog Sandy.

Perlita was raised in Lebanon, Pennsylvania, and is a 1992 graduate of Millersville University. Her career began in medical marketing and sales. She worked for small independent companies as well as Fortune 500 companies. She has built relationships with many physicians and medical personnel throughout South Central Pennsylvania over the years, and she hopes to serve those clients at Yocum & Company. She joined Yocum & Company in 2014 as their marketing director. She truly enjoys marketing for Yocum & Company and learning all aspects of wealth management marketing. “Joining Yocum & Company seemed like a natural fit, as they have been advising my husband’s family business for years,” she said.

Perlita’s true passion is her family. She spends all her free time in her “old” mini-van transporting her boys to sporting events and being their biggest cheerleader. Luke is 19, Lance is 16, and Levi is 12 and they are sports enthusiasts. Perlita loves vacationing at the beach and spending an occasional spa day by herself. Ten years ago she found her life’s calling to be raising awareness for Duchenne muscular dystrophy, a disease that afflicts her youngest son, Levi. She lobbies at the local level as well as in Washington, DC.

Perlita lives in Lebanon with her husband, Gordon, and three sons. She is a member of Sacred Heart Church. Perlita is fluent in Spanish and appreciates learning about her Ecuadorian heritage.